*I received a free copy of this audiobook through NetGalley in exchange for a review. 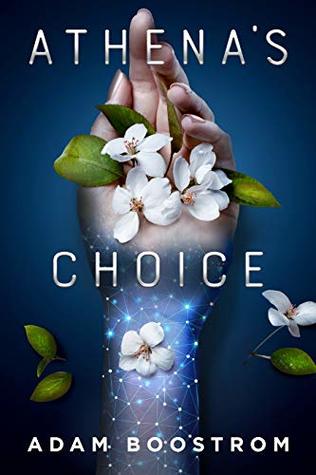 “What if a viral pandemic put women in charge of the planet?”

This novel is set in 2099 and follows our main character Athena Vosh. When the novel begins it has been nearly fifty years since an experimental virus accidentally wiped out all the men on earth. Yet a controversial project aims to change that, they want to bring men back, but they are not without opposition. Now their project has been sabotaged, and it seems like Athena might just know more about it than she lets on.

Dystopian novels have always appealed to me, and I was very excited to read this when I stumbled across it. It has been out for a while now and initially I was drawn to it when searching through Netgalley’s new audiobook option. I really enjoyed listening to it in audiobook form and I think the narrator Alex Ford did a brilliant job bringing this novel to life.

Athena is a fairly relatable character, despite the unrelatable setting, although we are in the midst of a global pandemic right now, but I don’t think this one will wipe out all the men on earth, at least I hope not. Athena has a strong voice throughout the novel, and a lot of us will relate to coming of age and finding out who we are.

The plot is well thought out, I really felt how passionate the author was about the topic. Especially with all the feeling and energy, he put into writing both sides, those for men coming back and those who aren’t. He created a futuristic utopia, peace on earth but at a huge cost. I liked that this novel portrayed a strong world lead by women, and the independence and freedom that came along with it.

This was Boostrom’s first novel, and it was a solid one with well thought out characters that tackled difficult topics while asking us, what if we could have a life full of peace and how much would we be willing to sacrifice for it. I love a story that makes me think, and forces me to look outside myself and my own experiences and consider the wider picture.

Overall, this was a stand out first novel, the author has already expressed he wishes to write a sequel which I think would be a great way to build on the story as this novel left me with so many questions, in the best possible way.

24 year old with a passion for books living in England. My favourite novels are always changing, I have more books on my tbr list than I will ever read but I wouldn’t have it any other way.

If a book has been received in exchange for a review this will be clearly noted on each post.